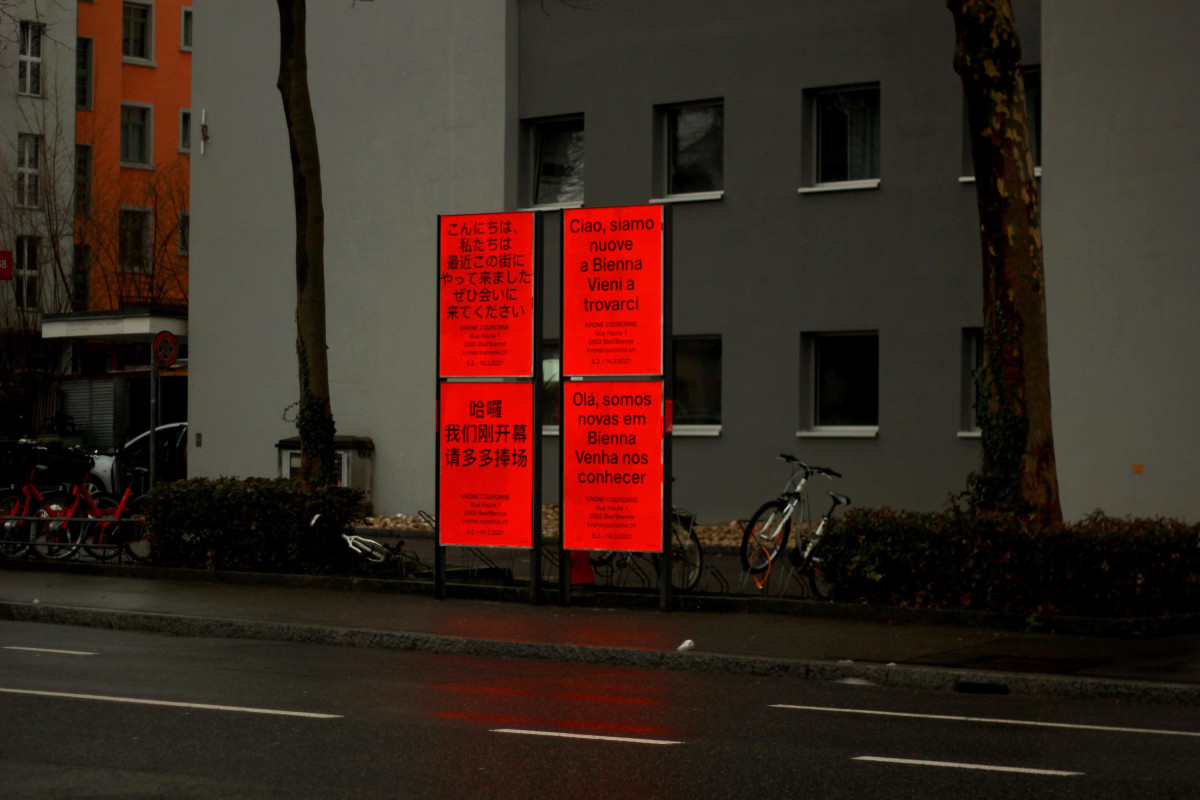 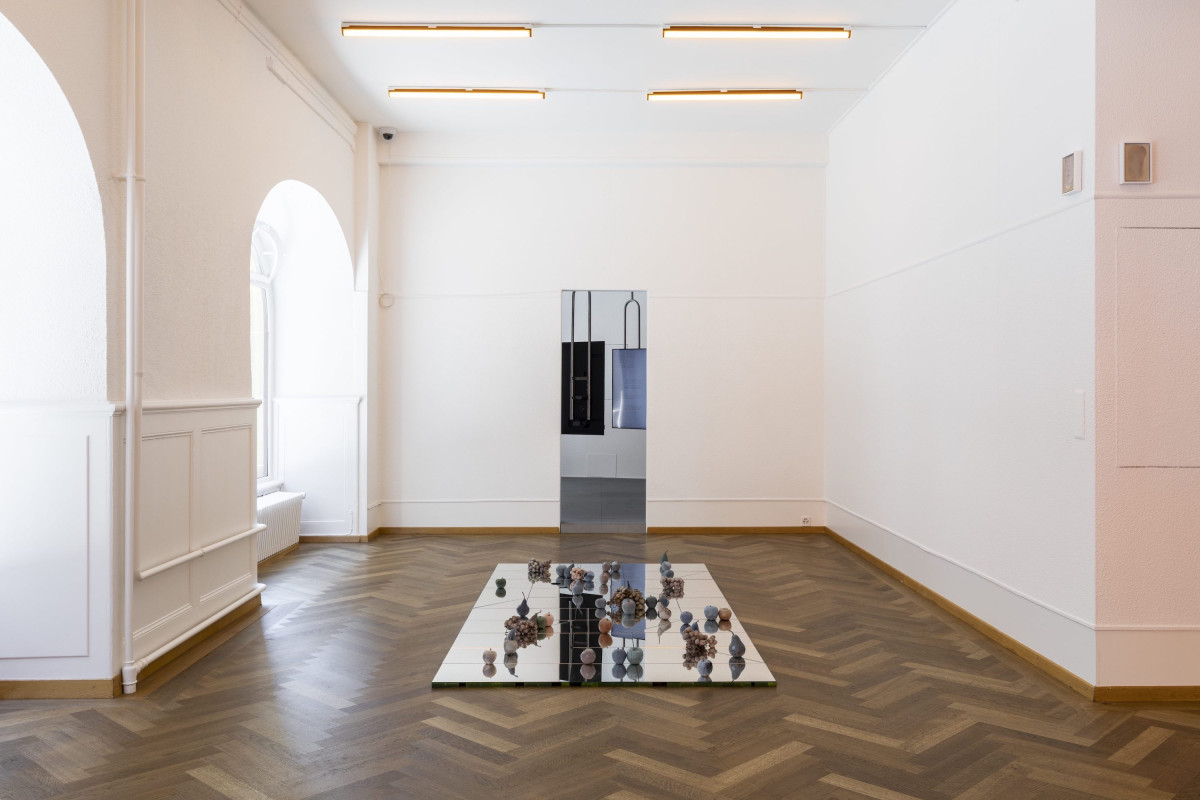 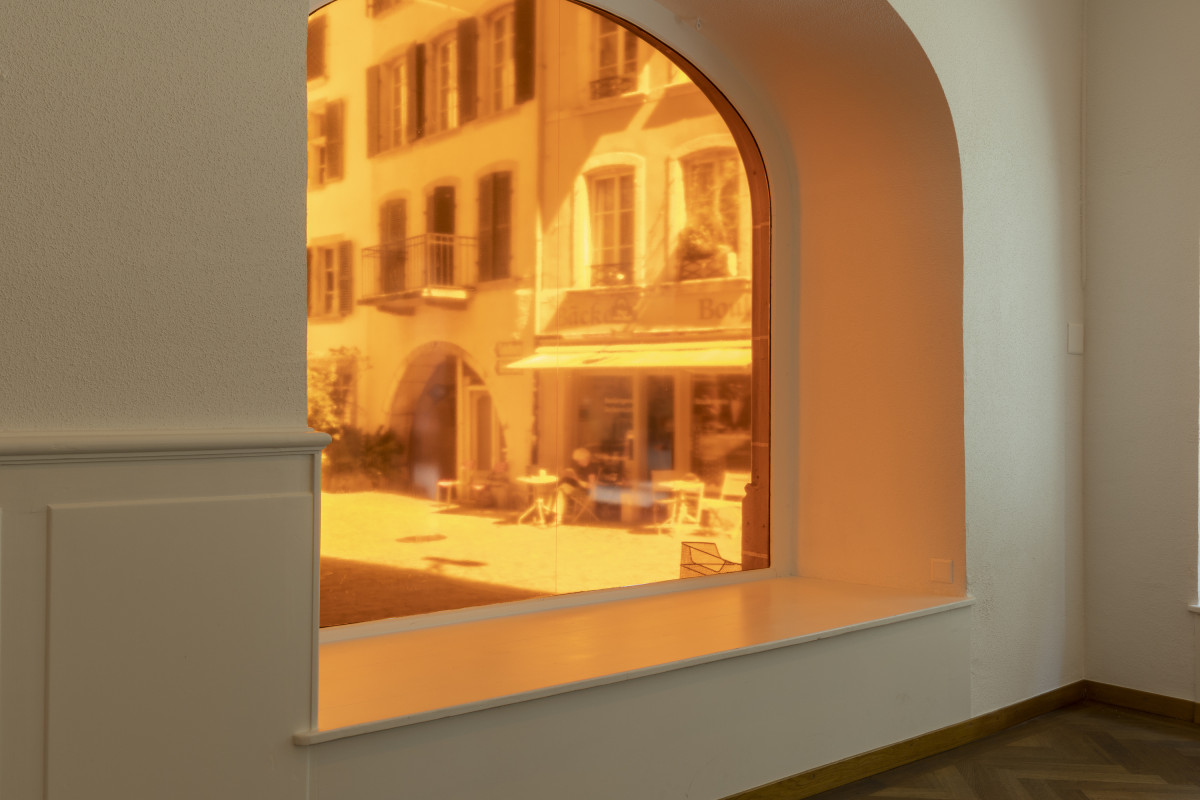 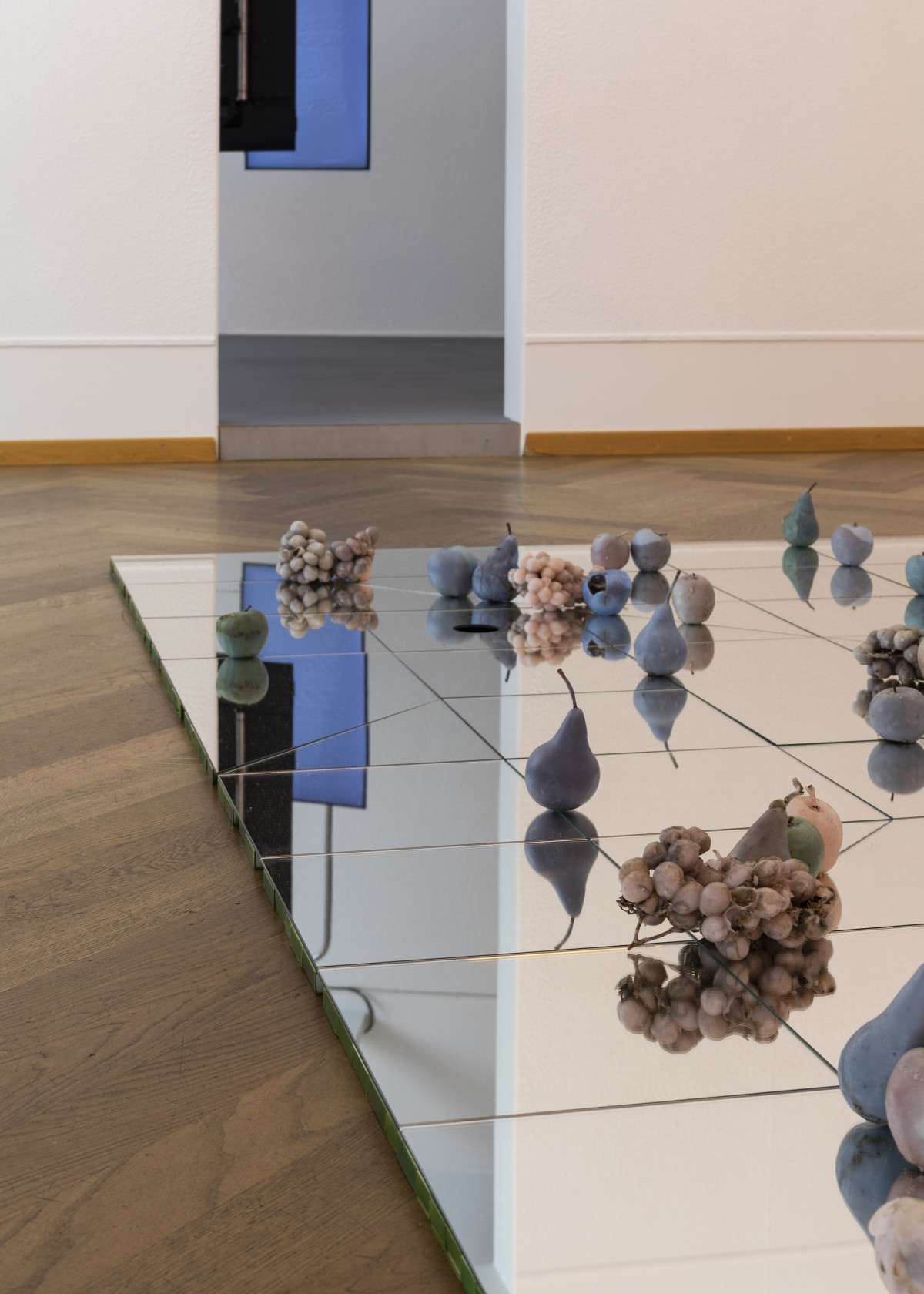 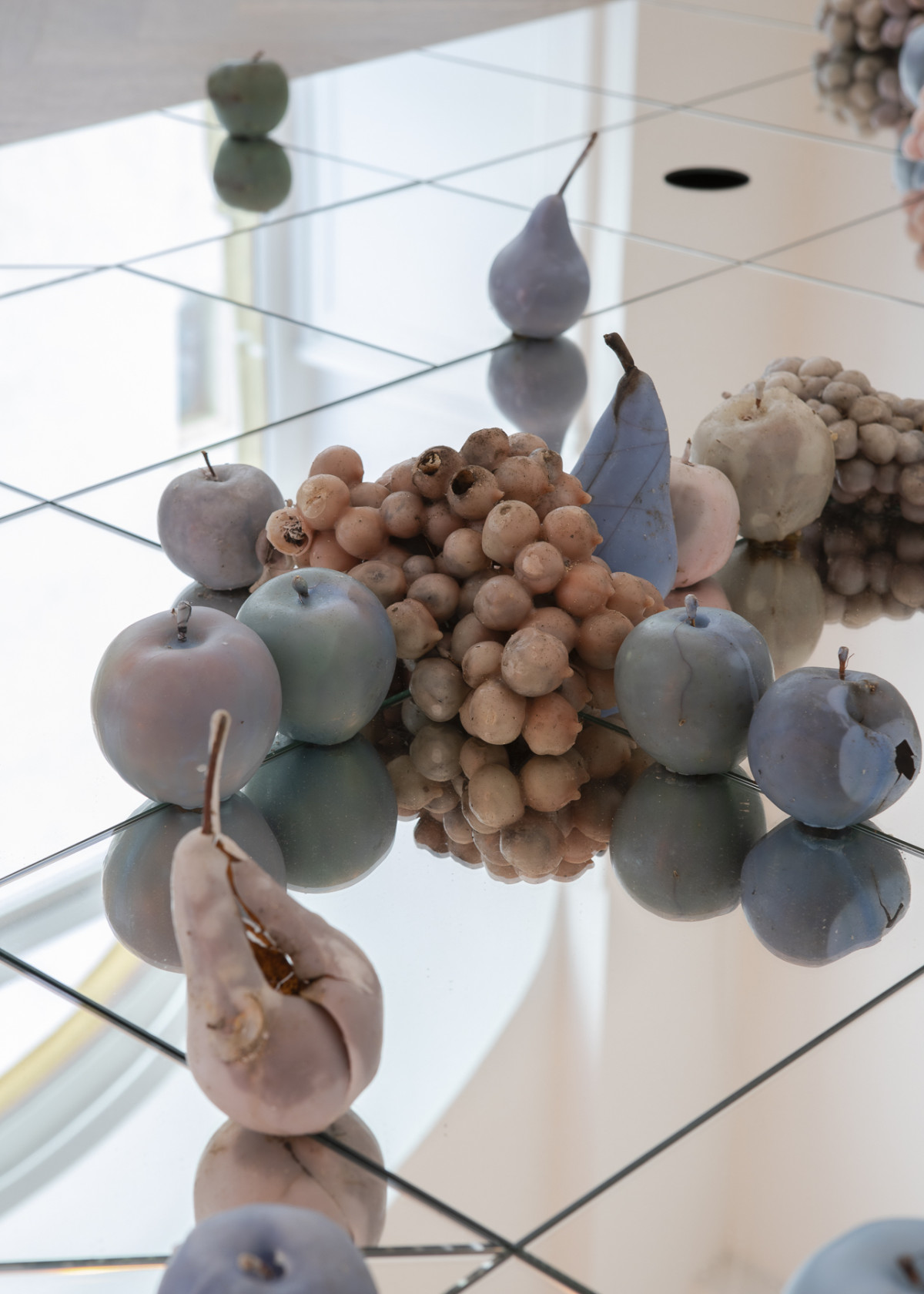 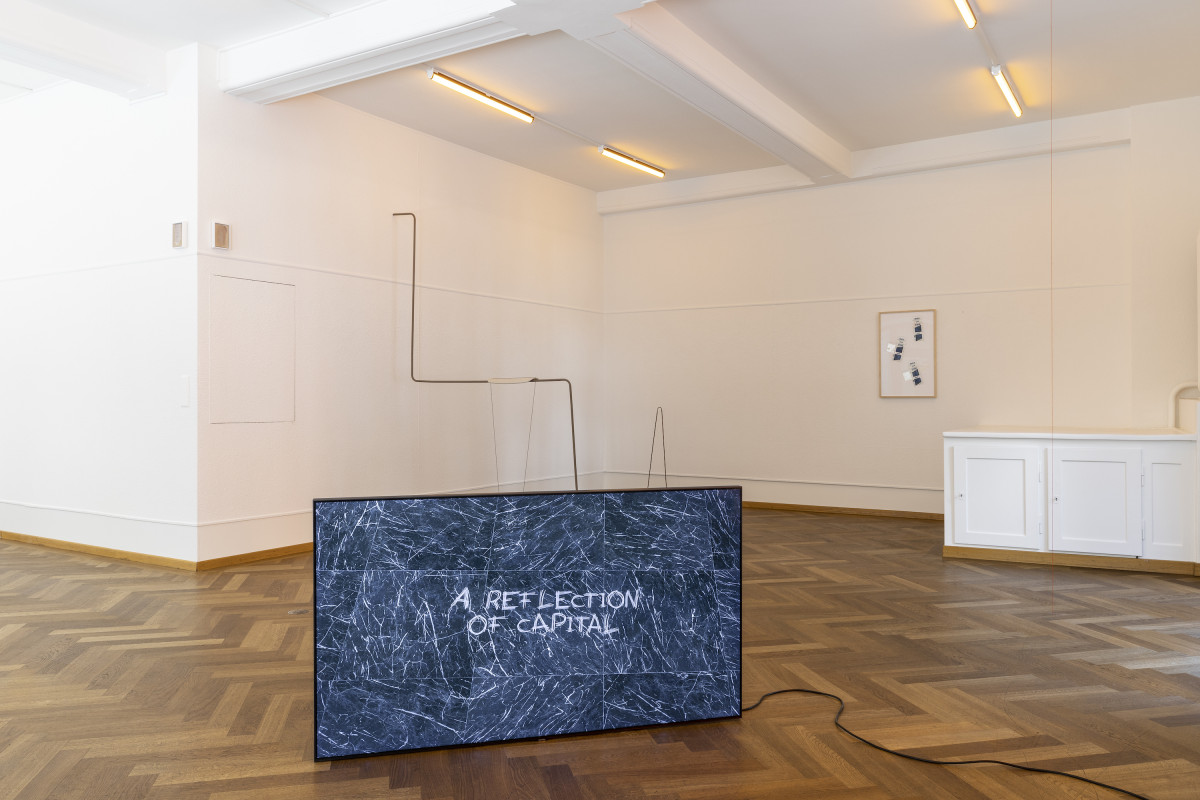 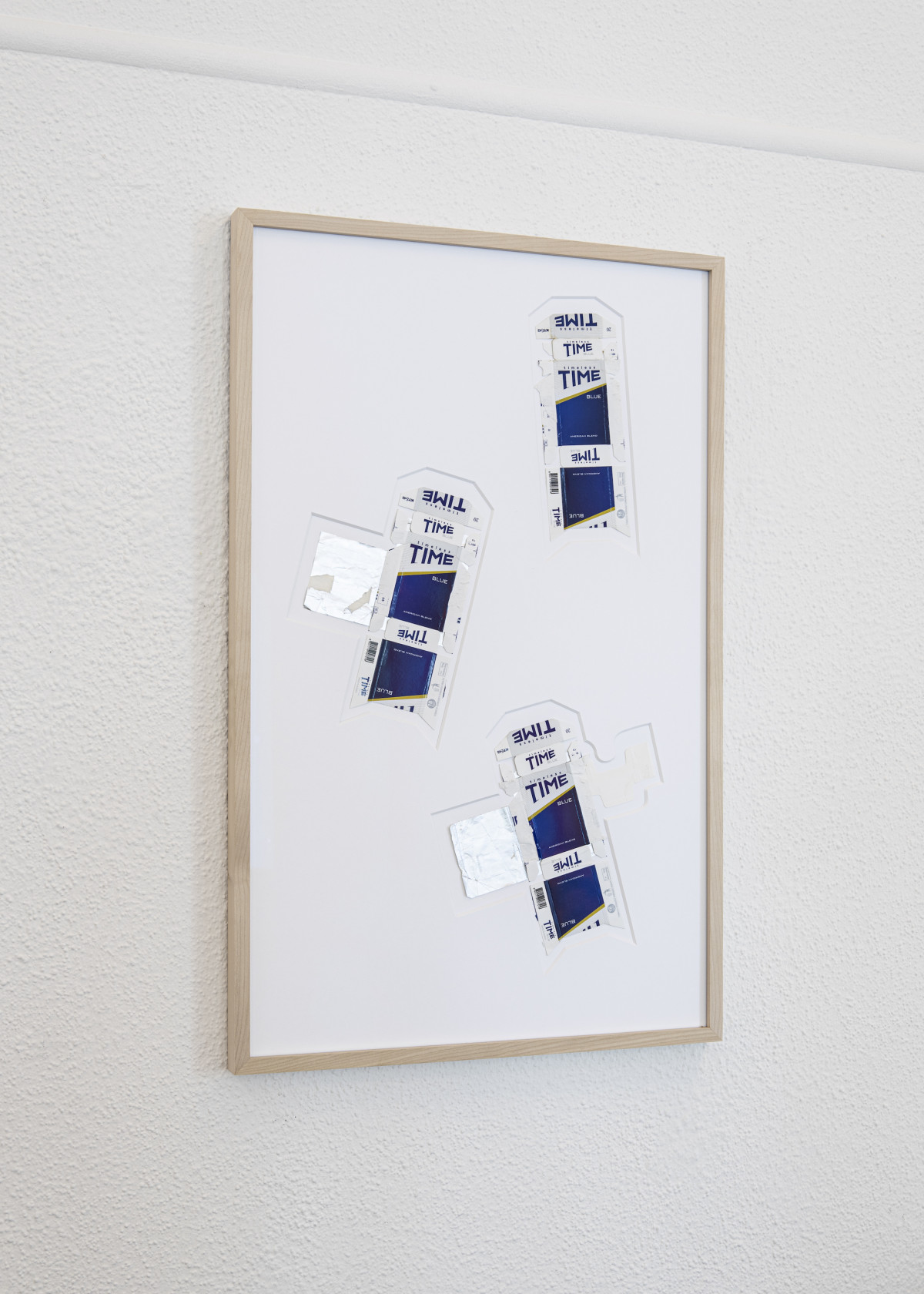 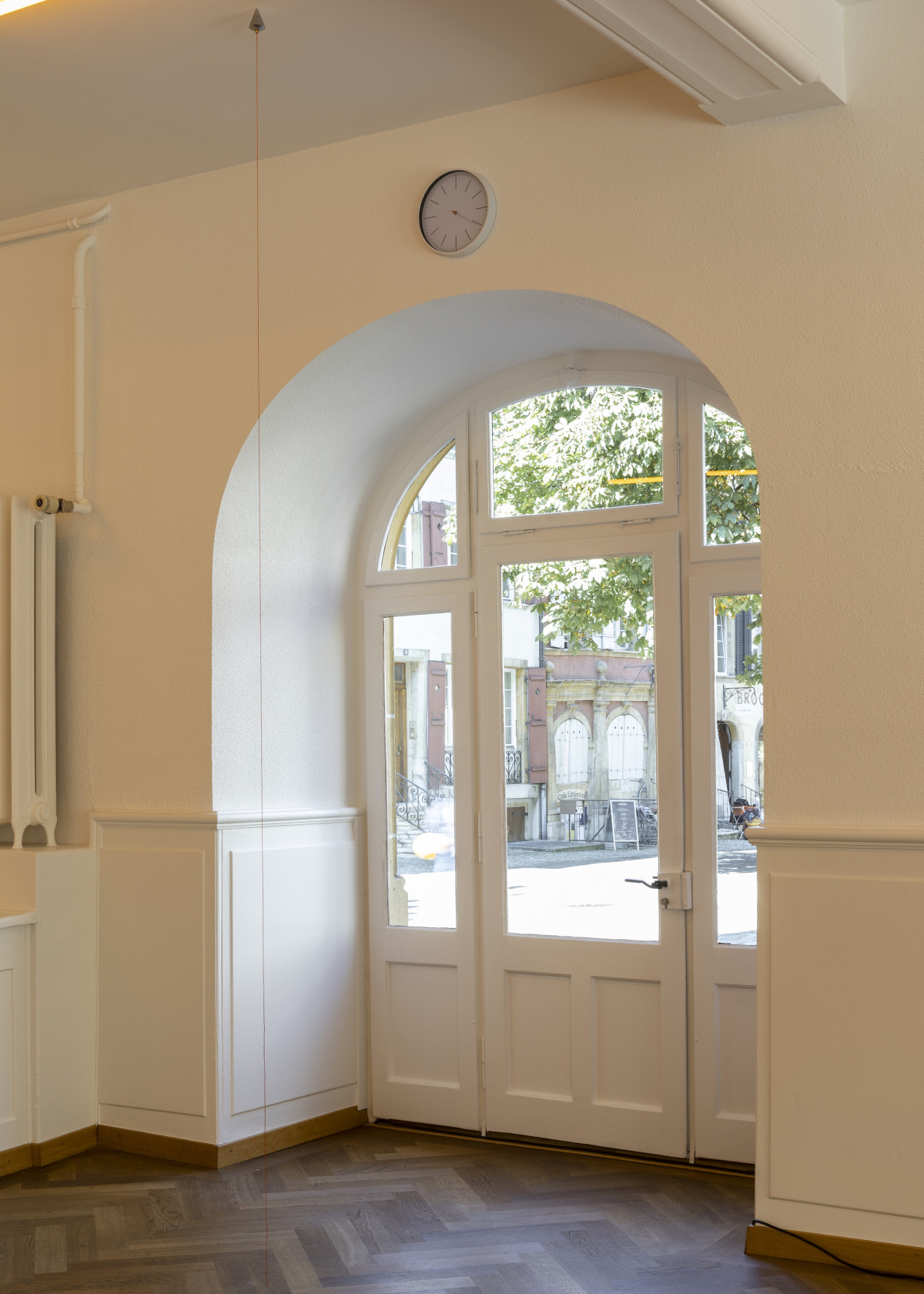 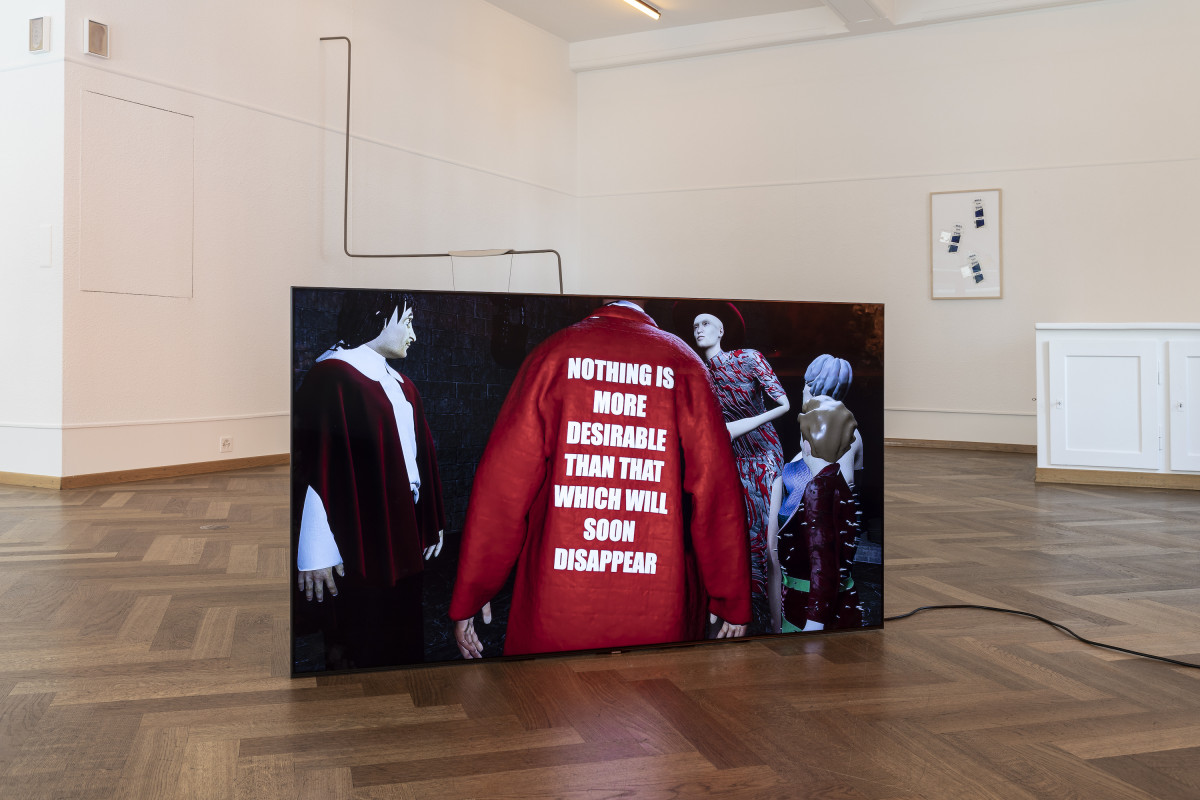 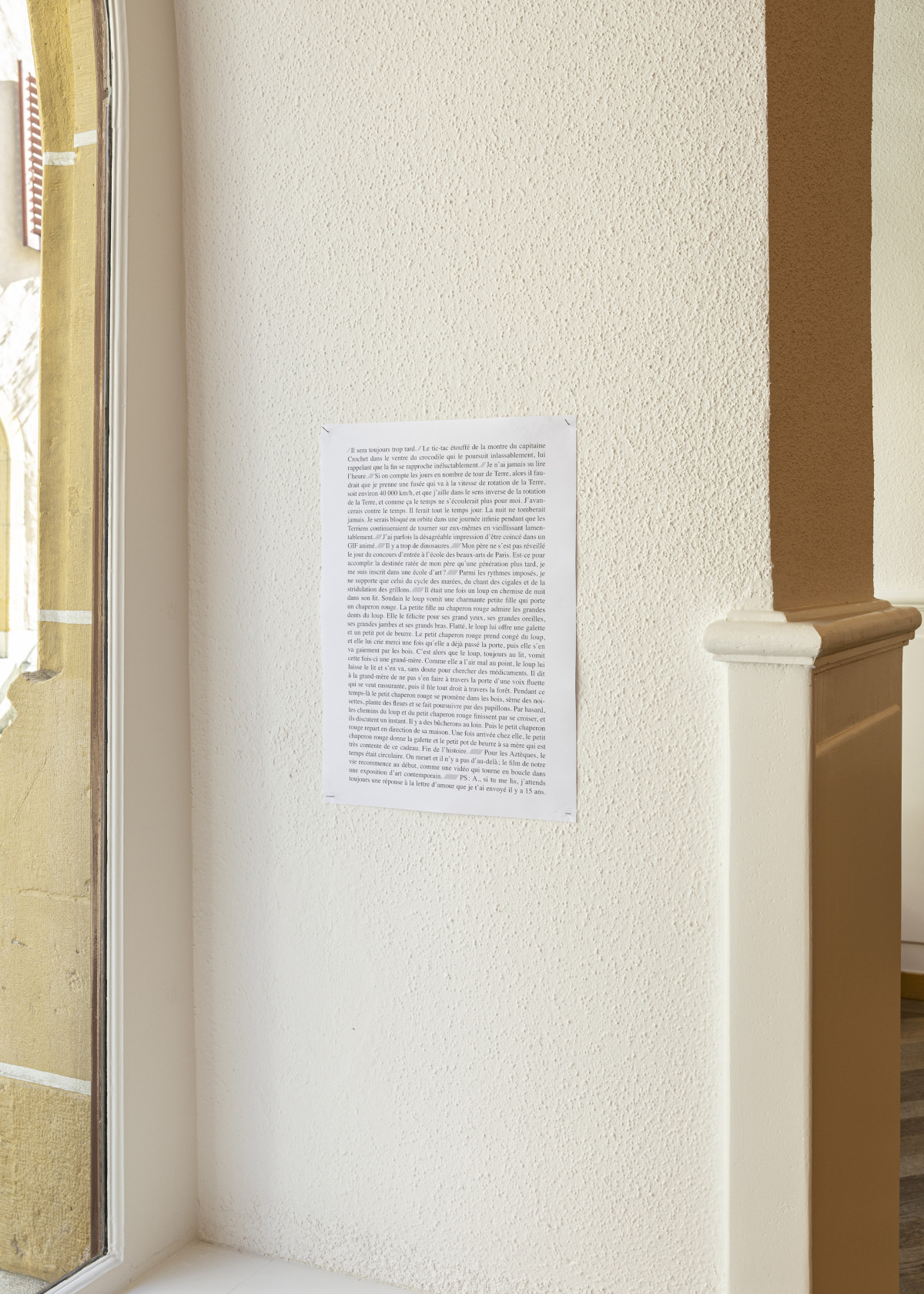 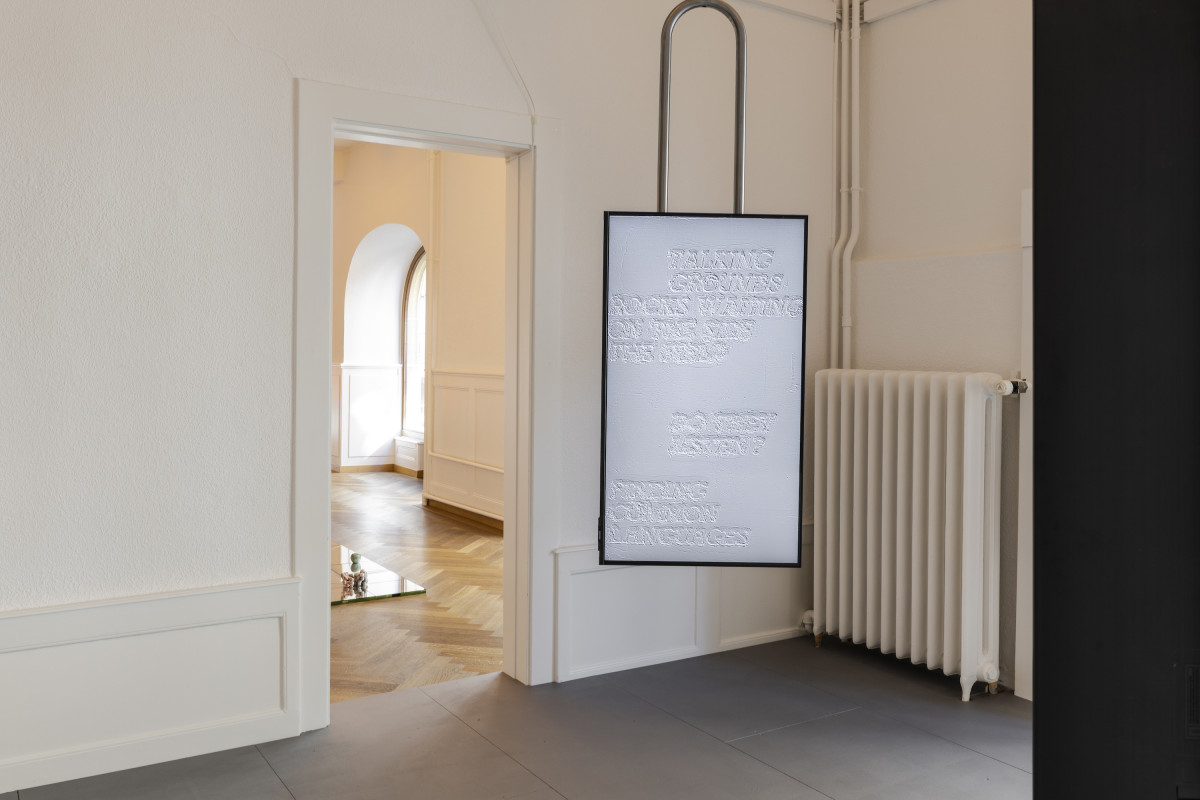 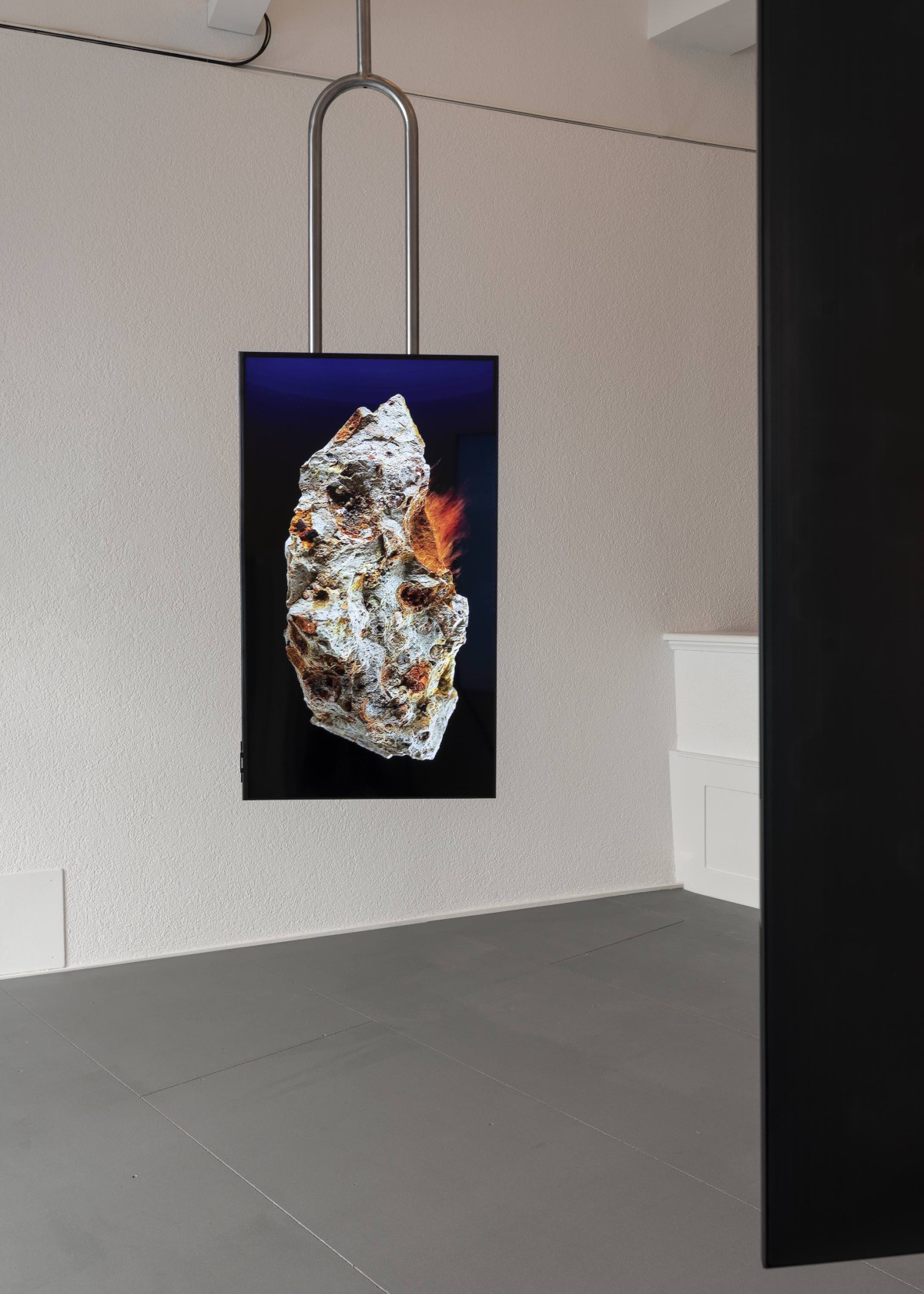 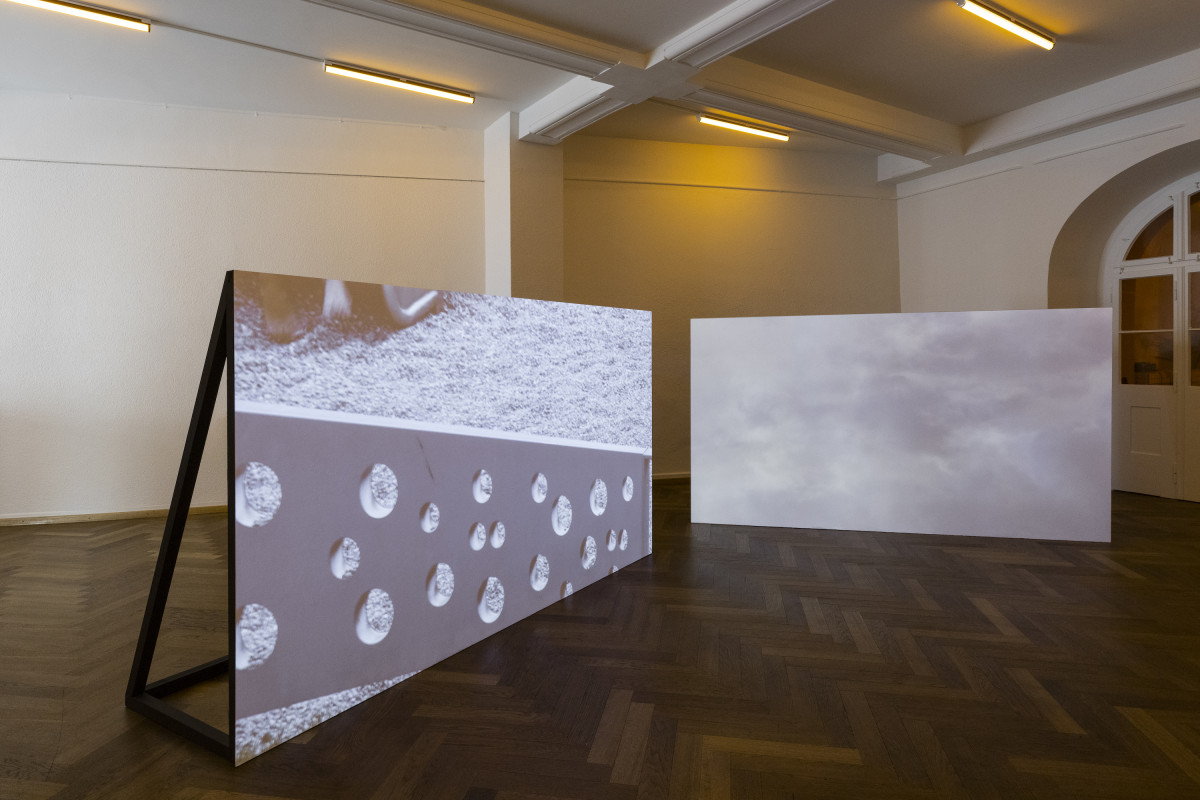 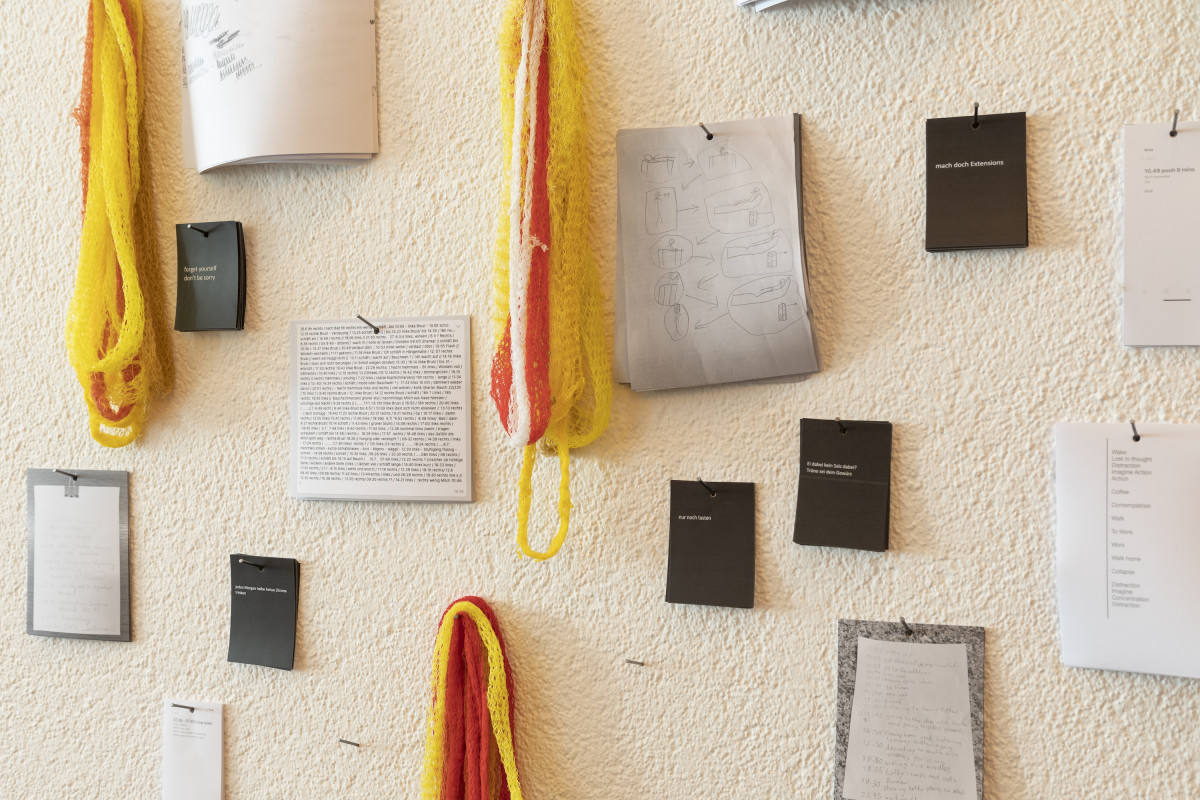 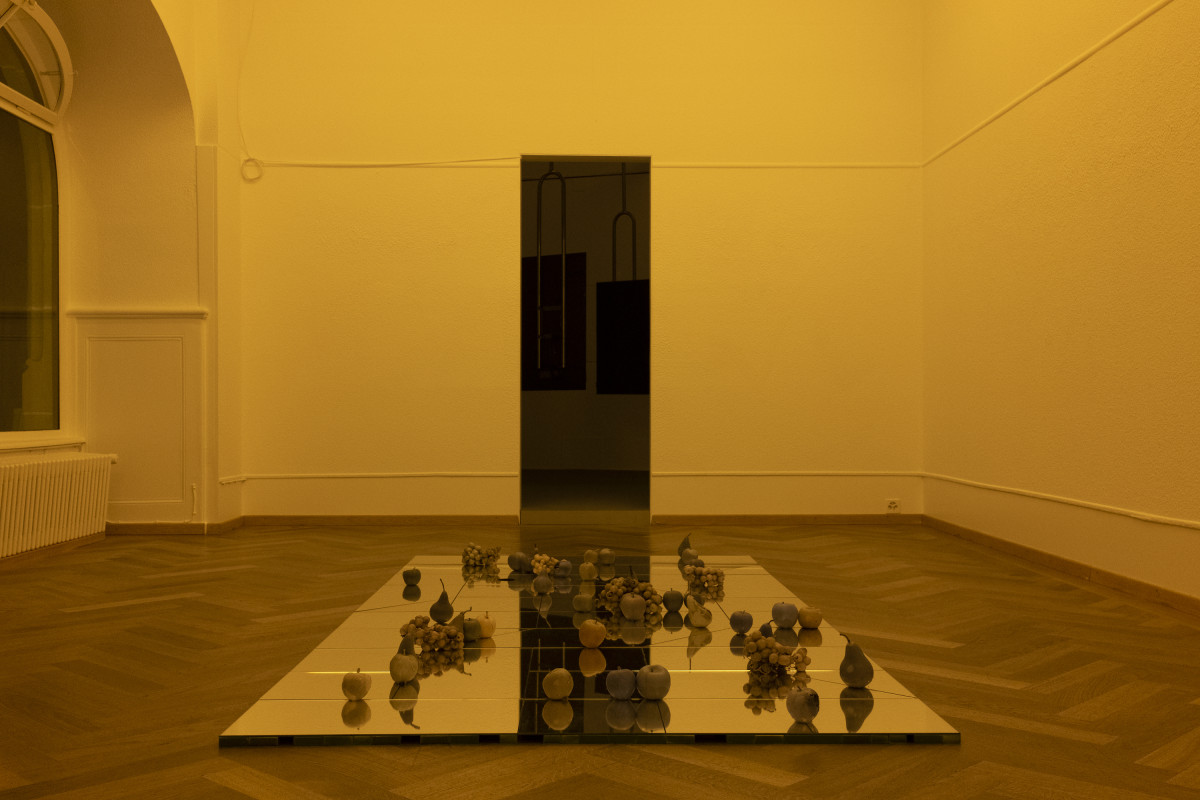 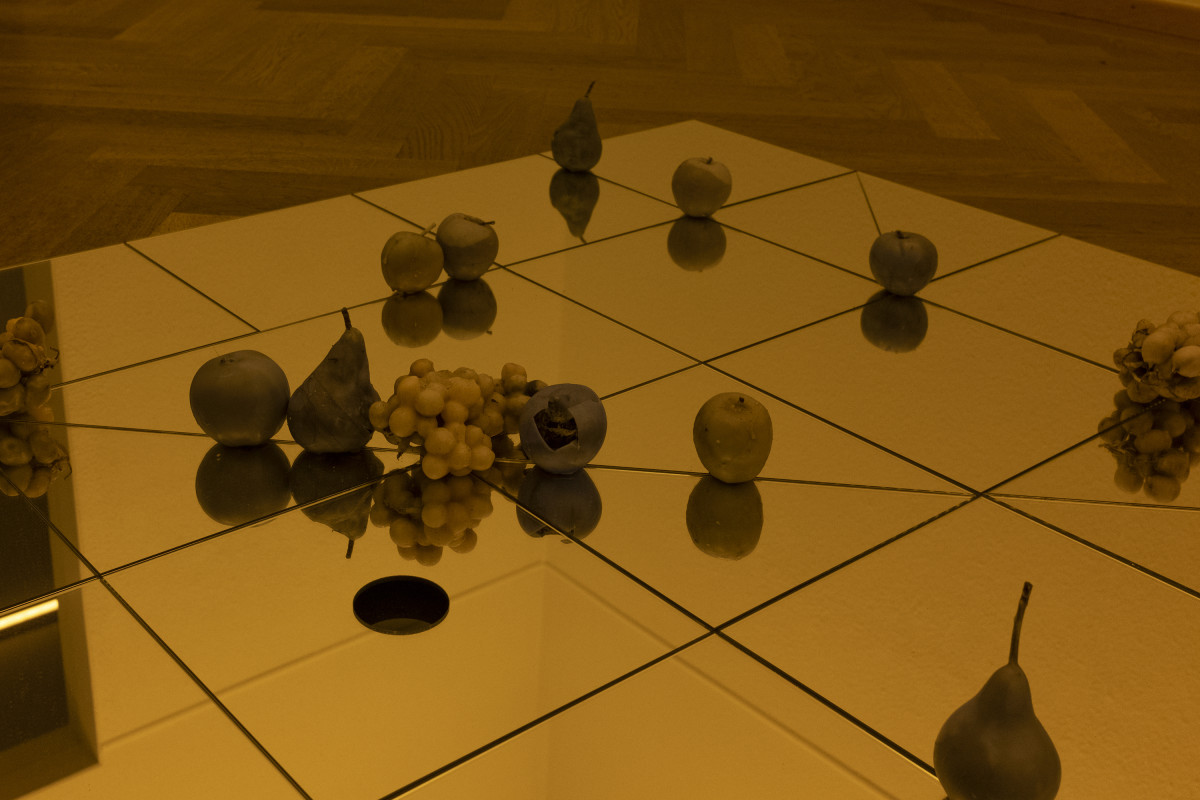 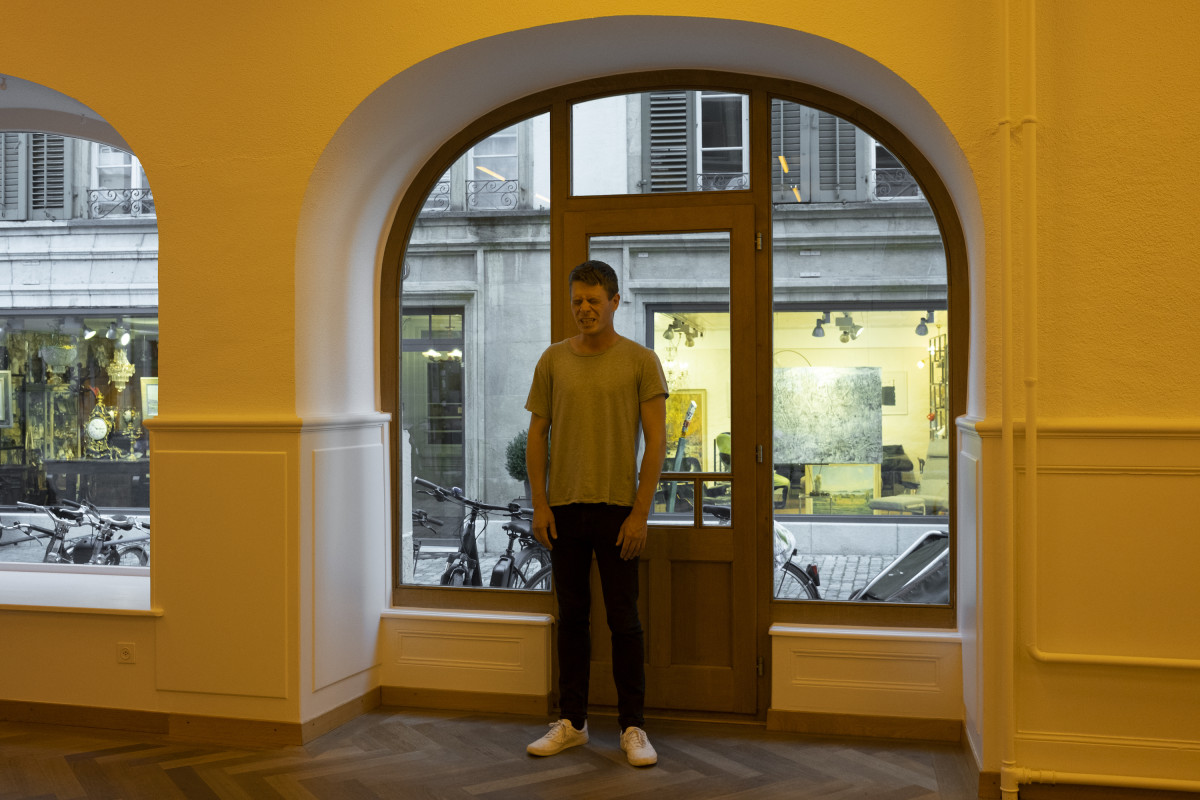 Time is a concept. We measure minutes, days, years according to a reference system that orders our lives, work, and social structures, and that acts as a tool of communication and orientation. By complying to a linear time structure, we look back at where we come from and calculate where we go. Gilles Deleuze once wrote: “Nothing real is produced by time. It is habit that produces: as a system, habit produces the past as rule for the future.”

Hence, the notion of time is directly linked with the question of societal structures and behaviours. We might all learn to read time in the same way, but the experience of time is on the other hand a rather subjective matter.

In ancient Greece, there were two words for differentiating these concepts of time: Kronos and Kairos. Kronos stands for the chronological sequence, the quantitative and representative dimension of a system ruled by the dead hand of the past, whereas Kairos embodies the numinous moments of time, giving birth to the sensitive, to novelty, creativity and serendipity.

With the exhibition SEEMINGLY INCURABLE SENSATION OF TEMPORAL AMBIGUITY at KRONE COURONNE, this duality between the felt and the calculated, the sensorial and the quantiﬁed is explored, pondering the questions: How do we feel and experience the passing of time? Does the notion of an ordered time (second by second) contribute to a better balanced society? Has the tool of communication become a tool of manipulation? What would happen if we freed ourselves from the concept of time?

The exhibition is supported by the foundation philaneo, as well as Stadt Biel/Bienne, Kanton Bern, Kulturstiftung-GVB, Temperatio, Ursula Wirz Stiftung.

Leila Peacock - A Speculative Lexicon of Some Time-based Concepts (2021)

Apocalypse - A form of violent vision of the end of all this, the first recorded apocalypse is attributed to the Zoroastrians. Imposing linearity on the endless cycles, inscribing a meaning to history that is driven by the logic of vengence. Its invention saw the birth of anxiety about the future. Now we live in endless end times.

Anachronism - A chronological inconsistency. Waiting for signs of extra-terrestrial life we find out the ancient astronauts arrived from the future a long time ago.

Atemporal - Neither ancient or modern, the condition of being ungoverned or unchanged by time, completely free from the limitations of time. One of the common qualities of dreams.

The Beginning - A story is always a reversal of time, in which beginnings are chosen for the endings we hope to arrive at. Beginnings appear when reality assumes a narratability. They are the first stone laid in the construction of significance in the search for coherence. The work is finished when it’s beginning reappears.

Clock-watching - Turning time into a substance. Clock time is a means of measuring the wait between occurrences. Killing time while time kills you. However, to be denied a clock to orientate yourself in time is a form of torture whereby time swells into a solid mass that engulfs you. Hence the prisoner’s ordered scratches on the wall in an attempt to anchor themselves to this civilised construct, desperate to divide days so as not to suffocate in time’s mass.

Chronological Intelligence - We know how to measure time. We know what time is as long as we don’t have to explain it. It is a useful fiction that structures lives. Einstein called it a ‘stubbornly persistent illusion’. Programming AI machines to have a sense of the temporal is complex. The consciousness of time is a uniquely human folly. We are all clocks that don’t quite agree.

The Contemporary - A category that negates itself because it relies on the endless replenishing potential of all things modern that is produced by neoliberalism’s intensely futural composition of time. History is not progress. Everything is temporary.

Deus Ex Machina - A plot device whereby a seemingly unsolvable problem is resolved by an unexpected and unlikely occurrence. Chance, fate, hope, promise, luck, doom, omen; useful tools for those moments when you just don’t have the time to wait and see how all of this will turn out.

Deep Time - A time that authors mountains. Impossible for humans to grasp this texture of the ages, an unfathomable palimpsest of errosion and compression, utterly indifferent to our brief blip on this ancient rock.

DNA - The Denisovans are a recently discovered species of archaic human whose genome was first sequenced in 2008 from a centimetre of female finger bone found in Denisova Cave in Siberia. Though they were not Homo Sapiens they did interbreed with them. Traces of their DNA are evident in modern humans, especially a gene believed to confer some immunity against SARS-CoV-2. You never know how the past will turn out.

Eile Mit Weile - Festina lente, make haste slowly. A hare and a tortoise, a crab and a butterfly, a dolphin and an anchor. Tell me a story I already know.

Entropy - The inevitable and irreversible disordering of the universe over time. You cannot put an egg back together again.

The End - unlikely to conclude happily ever after. It would be better to consider how we should grieve the loss of all our co-created fantasies. Fictions have consequences.

Futuring - The belief that the future will be better than the present is not a natural idea, it is born of modernity’s obsession with accumulation, whose logic necessitates a brighter future to make all of this worth it in the end.

Hauntology - The nostalgia for a time that never arrived, the way that the past haunts the future like a ghost stuck in an unrequited longing for a dead lover. Time is out of joint and we are all its unreliable narrators.

Irony - A joke told in the future about the past. When you arrive at all those bridges you said you would cross when you came to them and realise that chance is just chaos pretending it has a punchline to tell.

Lifespan - Living is dying, we decay like old fruit, it will all be over at some point.

Memory - Hoarding a degenerating version of the past in the present in order to define the future.

Mortichnia - The death march of a living creature that is then preserved as a fossil footprint. In 2002 the mortichnia of a horseshoe crab was found in lithographic limestone in Bavaria. The trail measured 9.7m and was left about 150 million years ago.

Musical time - a means of defining the silence between sounds.

Ouroboricism - The repetitive compulsive behaviour we engage in, like that of the snake eating its own tail. You may have the illusion you are moving forward but only in a series of interlocking vicious circles.

Precondition of Clairvoyance - At the age of fifteen Rudolph Steiner believed he had gained a complete understanding of time in a dream which enabled him to intuit time in a non-linear way and thus achieve a higher understanding of existence.

Premeditation - When see what you see what you have already chosen to believe, so you kill the person holding a banana because you think they might be about to shoot you.

Pre-enactment - Exploring the potentiality of the future using fictional constructs to intuit the ‘what-if’ the ‘if only’ and the ‘if-this-goes-on’.

The Present - The perpetually perishing moment, the endless and indivisible now. A moving object is neither where it is, nor where it is not, so don’t go chasing waterfalls. Real time has no instants.

Rhapsodic Interval - The time it takes to have a perfect idea, and the indeterminate time spent circling before that happens.

Time - It’s just one damned thing after another. Otherwise known as the indefinite, continued progress of existence that occurs in apparently irreversible succession.

Tragedy - An unfolding catastrophe that was avoidable with the benefit of hindsight.

Time travel - Widely considered to be a 19th century narrative invention, inspired by the new historical consciousness that arose from the rapid social changes brought about by the industrial revolution. To time travel is to be released from capitalisms hold over time.

Waiting - A form of longing sharpened by doubt. Much in life pivots on how you endure doubt. As the Taliban were want to say to the occupying forces “You have the watches, but we have the time”.